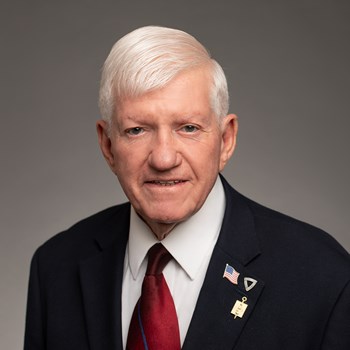 Prior to joining NAI Horizon, John worked as a sales associate in the Industrial Division of Scott Jackson Brokerage, Inc.. During his 2 year tenure there, John completed a variety of sales and lease transactions totaling more than 2.8 million dollars. Prior to joining S.J.B., John was employed as a Site Acquisition Manager with Castillo Company, a local real estate consulting firm. His two and one-half years with the Castillo Company were spent traveling throughout the United States to acquire land for State Farm Mutual Automobile Insurance Company. While employed with the Castillo Company, John evaluated and purchased over 12 million dollars worth of land for State Farm. Prior to working in commercial real estate, John was actively involved in the mechanical contracting industry where he completed a variety of notable and challanging projects such as: installation of the solar heating and cooling system at the Wrigley's Mansion; provision of consulting enginering services to improve the efficiency of an existing 1.2 Million CFM Vane Axial Fan Mine Ventilation System serving two enclined 4,000' long x 1,900' deep, mine shafts, at the former Hecla Underground Copper Mine located 30 miles SW of Casa Grande; the installation of the airconditioning and/or ventilation systems for all ancilliary support buildings related to the operation of the Cyprus Bagdad Open Pit Mine in Bagdad, Arizona; The design and installation of an airconditioning, ventilation, and energy reclaim system for the first fully airconditioned circuit board manufacturing plant in Arizona for IDEA Courier (later purchased by GTE); the majority of airconditioning,ventilation, clean room, and process piping work at the Medtronics Corporation manufacturing facility, Tempe; all of the airconditioning, ventilation, clean room, and process piping work at Emm Semi, Tempe; installation of the airconditioning and ventilation system serving the UPTIFS pilot training facility at the former Williams AFB, Mesa, Arizona; Installation of the airconditioning and ventilating systems serving SRP's Pumped Storage Electric Power Generating Systems that were installed by Bechtel Corporation at Morman Flat, Horse Mesa, and Roosevelt Dams along the Salt River; and Installation of the airconditioning and ventilation systems serving the Adam's Hotel and Terminal 3 at Phoenix Sky Harbor. Of the more than 30 years of experience that John has in mechanical contracting and construction, twelve were spent in ownership and management positions.

MECHANICAL CONTRACTING RELATED: John served as Membership Committee Chairman for ASHRAE Central Arizona Chapter (71-74); Treasurer (75-76); Secretary (76-77); Vice President (77-78); President (79). He was a member of the Plumbing and Air Conditioning Contractors of Arizona, Air Conditioning Contractors of Arizona, Sheet Metal and Air Conditioning Contractors National Association, Mechanical Contractors Association of America, International Association of Plumbing and Mechanical Officials. In addition, he has served on the Board of Directors and Labor Negotiating Committee, has served as 1983 President of the Air Conditioning Contractors of Arizona, was selected Chairman of the Arizona State Environmental Balancing Bureau, and has served on the local and state Plumbing and Air Conditioning Contractors Association Board of Directors, the Pipe Trades Joint Apprenticeship Committee and SMACNA Duct Design Committee. During 1978, he served on the governor's committee for Energy Audit Performance and has done two television and many radio programs on behalf of the Air Conditioning Industry. John was also an active member of the Arizona Contamination Control Society from 1982 to 1986. REAL ESTATE RELATED: In October of 2000, John achieved the highly coveted SIOR Industrial Designation (Specialist, Industrial & Office Real Estate). In 2002 and 2003, John served as Membership & Retention Committee Chairperson with the Southwest Chapter of SIOR. In 2004 and 2005, John served as Secretary/Treasurer with the same organization. In 2006 and 2007, John served as Vice President of the Southwest Chapter of SIOR. In addition, John has served on the Benefits and Services Committee of SIOR (national organization) and on the Editorial Advisory Board for the SIOR Professional Report Magazine since 2004. More recently, He was elected Chairman of the SIOR Benefits and Services Committee in the Fall of 2009 for a 2 year term. On May 27, 2011, John was appointed by the President of SIOR (national) as its representative to serve on the BOMA Industrial Floor Measurement Task Group for the purpose of revising ANSI/BOMA Z65.2-2009---- "The Standard Methods of Measurement for Industrial Buildings" On June 16, 2011, John was appointed as Co-Chair of the Industrial Floor Measurement Task Group by the Director of Codes and Standards for BOMA. John is also active in NAIOP, CCIM, SEVRAR, Valley Partnership, and numerous southeast valley networking groups Awards & Recognitions: -1999 Mesa Broker of the Year Award (Mesa is the 38th largest city in the U.S.) -1999 Nominated for NAIOP's Industrial Broker of the Year Award -2004 NAI Global's Industrial Council Service Award -2005 NAI Global's Industrial Council Leadership Appreciation Award -2007 SIOR Largest Dollar Volume Transaction Award (catagory Other) -2008 Achieved NAI Global Gold Elite Status (only 1 of 9 brokers worldwide to achieve this designation in 2008 as selected from the nearly 5,000 brokers operating within the NAI Global Managed Network)